Renowned for his captivating, doom-laced audio-logicalimprints, housed in the confinements of his own four walls, Avatism is part ofa distinctive class of electronica that comes doused in subtle and penetratingtechno qualities. After already experiencing his captivating style throughreleases on labels such as Vakant and Dumb-Unit, it’s his most recent creationthat firmly pushes the envelope. Described as “a glimpse into how a city shapeslife and how intrinsically life then shapes music», Adamant isdefinitely his most empirical record to date. Avatism’s already explainedhowthe recordwas a chance to explore other forms of writing,production and collaboration and just how the production was imposed understrict conditions so that it would evolve differently than his earlier works:  »Iimposed mandates on myself while making it: the tracks (the music, at least)had to be written in a day. “Written”, not mixed, arranged or produced, simply“written” and even though I was convinced the album was going into adifferent/wrong direction approximately 292829 times while making it I decidedto follow through on all the musical parts that I developed in these one daycycles.»

Thomas did not buy his first vinyl record when he was 10 years old, nor was he born out of the love of two underground jazz musicians. Despite an extremely dull and standard childhood during which he barely learned to play drums, his moody small-room music has been released on labels such as Vakant, Dumb-Unit and Haunt.

Much to everyone’s surprise, his recent releases, doom-laced live sets and collaborations have lead him to rise to similar popularity to other artists with more interesting biographies.

Review of Avatism’s lates album «Adamant»:
This Avatism LP is a reason to get moving at least to plug in your speakers. Milan bred producer Avatism moved up to Berlin last year to get into his music. Seems that this led him to staying behind closed doors most of the time locked to a computer and sound gear. Obviously he did something right because this full length is bomb.

Boasting features with friends like Clockwork and Mind Against we can confidently say most tracks of this 13-tune release will make the full rounds. After listening cover to cover (twice and on the third) we are hooked. Luckily deep house bass has become so warm that the analog feel literally we be giving us all bear hugs this winter. 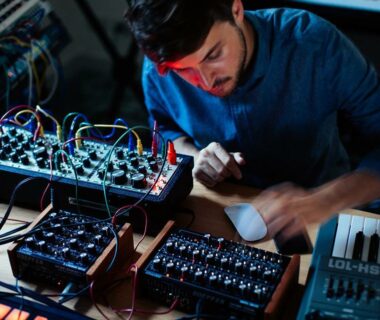