With influences ranging from early house and disco to turntablism and techno, Brett Johnson successfully straddles the line between knowledgable “thinking man’s” DJ and genuine, primal floor-filler. Brett’s sound is best known as groovy, bumping house with a hearty dose of techno elements, crafted and mixed in a way that is truly identifiable as his own. Complex rhythms and off-kilter melodic tweaks are mainstays of his sonic arsenal but Brett Johnson’s wild card is an ability to inject warmth and soul into his electronics. The result is an impressive discography filled with unique statements, otherworldly surprises, and undeniable club stompers.

Brett Johnson’s musical foundation was greatly influenced by creative-minded parents. On one hand, his mother supplied the extensive music collection providing young Brett with many influences and favorites. On the other, Brett’s father was a painter and a sculptor instilling an artistic sensibility easily applied to Brett’s production ethos. The result is that Brett Johnson’s tracks can find inspiration not just from the world of music but from visual art, science, and nature as well. “Most importantly,” Brett says, “I’m inspired by all the invisible stuff that drives our hearts and souls. Music is my instrument of choice that I use to express myself and touch others.”

Brett’s production work, once accurately referred to as “funkyrobotsoul,” has captured the attention of DJ’ing legends like Derrick Carter and DJ Sneak who both signed him for a period to their respective record labels. Brett also helped start his own label, the influential Aesoteric Records, which was founded in 1998. Some of the label’s original artists, JT Donaldson and Lance DeSardi, are still working with Brett today in the formation of his next label venture, Bang The Box. This label, originally started by DeSardi in San Francisco, has evolved to feature the trio’s individual and collaborative productions, continuing a strong musical kinship that began over a decade ago.

Brett Johnson is serious about DJ’ing. Initially introduced to the art of the turntables as a teenager fascinated with hip hop “DJ battles” Brett’s been actively behind the decks for over two decades. He grew and become educated within Dallas’ burgeoning and underreported house music scene throughout the 90′s, developing a genuine passion for electronic beats and enticing dance floors. Allowed to witness and meet many of house music’s legends during this period it wasn’t until an inspirational encounter with Chicago’s renowned Chez Damier that Brett truly realized his calling. A career of music making and DJ’ing around the world was to be his.

Brett’s DJ’ing career has had an amazing trajectory over the past couple decades. He’s traveled the world with his bag of vinyl and CDs, spreading his musical might to revered nightclubs and festivals like Fabric in London, Cocoon in Frankfurt, White Rabbit in Beijing, DC 10 in Ibiza, Scotland’s T In The Park festival and Belgium’s 10 Days Off…the list goes on and on. If its a hot club or night chances are Brett’s played there.

Further inspired by his recent DJ adventures and a world’s worth of music Brett Johnson has powered up the studio gear and is now working on new tracks with full force. A new album is on the way, the long anticipated follow-up to 2003′s acclaimed Selected Moments From The Nu House, as well as a slew of new 12″ singles (on vinyl, yes. Brett loves vinyl.). Brett is most excited about his involvement with the aforementioned Bang The Box label, which has many big releases in store, and working on this with his long time friends. “It’s gonna be huge!” Brett enthusiastically exclaims. “Between the few of us we will be doing our best to help bring the proper underground house sound back stateside. Don’t sleep!” 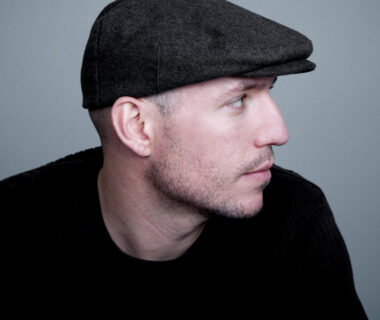